This article was originally produced for Figaro Digital Magazine.

In my opinion social media still has a long way to go in order to stand out as a marketing channel in its own right. Many big brands and the social platforms themselves are making good in-roads, but the shift towards paid promotion to generate any kind of reach proves that social media needs either an overhaul or a fresh approach.

That said, social media isn’t going anywhere, and brands need to be ready for the different social media trends that are already taking place in 2016. Here’s my list of ten social trends to keep an eye on and prepare for over the next 12 months.

2. Virtual Reality steps forward – 2016 is gearing up to be a big year for virtual reality. You may say that VR isn’t strictly related to social media, but I believe it is. In a big way. The industry is expected to break the $1 billion barrier for the first time this year. In terms of the major players, Facebook have started taking pre-orders for Oculus-Rift, HTC’s Vive product is due for release in April, and Google are making moves to push their Cardboard product. How will this tie in with social? As yet that part is unclear, but it could bring a whole new definition to the term ‘social media’.

3. Analytics & Analysis – this is a big area that brands need to plan for in 2016. In my opinion the analytics information provided by the social platforms is terrible. Downloadable spreadsheets from Facebook, limited timescales in Twitter Analytics, and for those running a campaign with a hashtag across multiple platforms, using multiple influencers you’ve got a better chance of successfully herding cats than you do pulling together a full-proof final campaign report with all the reach and engagement data. There needs to be some big improvements in the area of analytics, from better platform provisions, to improved attribution.

4. Video takes centre stage – there are so many video platforms available. Facebook, YouTube, Instagram, Vine, Periscope, Snapchat…but are brands ready to take advantage? Mobile video content is still in its infancy, with only a few brands taking the plunge. Mobile video creation, live-streaming and viewing figures are set to boom in 2016, so brands need to be ready with some relevant, on-brand, planned campaigns for the right platforms, ensuring they know what their audience wants to see. 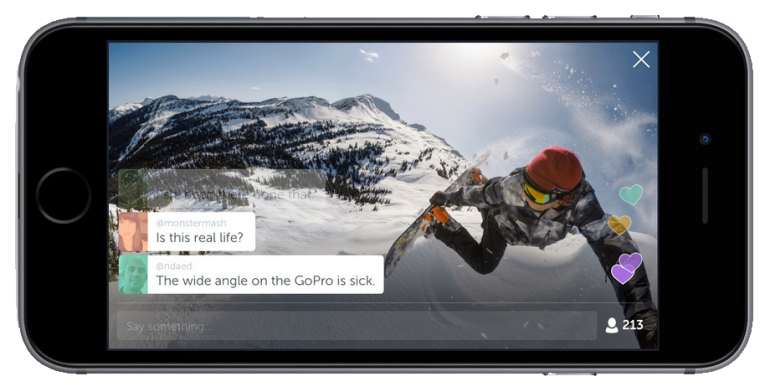 5. Social needs to become more human – social media is all about connections and relationships between users. Many brands are still scared to put faces behind their brand logo. But why? At the end of the day, people interact with people. The more human a brand is, the easier the connections can be, making social media much more engaging. Are brands championing internal ambassadors? Those who can wave the brand flag proudly across social media? This is an important area to consider in 2016 and beyond.

6. Buy now buttons – social platforms have been trying to monetize themselves for the last few years, without much success. Pinterest launched buyable pins back in June 2015, which is a big step forward, but Facebook and Twitter have tried, toiled and failed thus far. Will 2016 be the year that social media makes a big breakthrough in ecommerce transactions? Quite possibly – especially since mobile transactions are due to increase by 68% in 2016.

7. Social ad revolution: more formats, more ad-blocking – the mobile ad blocking revolution is almost here. Ad blocking software is already present on iOS devices, and Android followed suit earlier this month. That sent shockwaves through the publishing industry, but it presents a huge opportunity for social ads. Facebook are doing brilliantly, Twitter need to up their game, and expect to see new ad formats – particularly around video and interactive content – in 2016.

8. The mobile web becomes even faster – there has been a big push by Facebook and Google to speed up the web over the last 18 months. Facebook introduced Instant Articles in May 2015, and Google isn’t far behind, pushing their AMP pages heavily at the tail end of 2015 and rolling out in 2016. Both these styles of content pages are designed to load immediately on mobile devices, regardless of device type or signal strength. Combined with mobile ad-blocking (Samsung found that page load an overage of 51% faster with ads blocked on mobile devices), brands should be prepared to see a big push towards ‘speeding up the web’ across social media platforms in 2016.

9. More automation – there are more and more tools appearing on the market that help to automate your social activities. The basic tools schedule posts, but tools such as Narrow help to find your audience on Twitter, follow them, favourite their tweets and engage with them as you would. Creepy? Some might say so. Efficient? Definitely. Crowdfire is another favourite tool that lets users schedule posts across most platforms, and optimise the timing of the scheduling based on previous post engagement data. Expect more types of automation to head to social media management in 2016.

10. Influencer collaborations boom – many brands use bloggers, celebrities and influencers to help reach more of their target audience. This ‘brand-influencer’ relationship is still in its infancy, but it shows the power of having a human face behind a profile. Some influencers now charge several hundred pounds, going up to several thousand pounds for services such as product placements and ongoing coverage. Expect this to boom in 2016, but hopefully with some sensible regulations and industry pricing standards eventually introduced. Bloggers and influencers are here to stay, and they are a great benefit to brands. Whilst they are also a form of advertising, and should be taken seriously as their social reach and engagement levels continue to grow, there also needs to be a level of common sense applied to influencer pricing charges.

There we have it: ten social media trends to watch out for in 2016. Is there anything I’ve missed? Any trends you think will have a big impact on social media over the next 12 months? Let us know in the comments below 🙂