Looking back over the last 12 months, content marketing seems to have moved up a gear. More brands are using real-time content, integrated social campaigns and a mobile focus to generate incredible reach, buzz, brand awareness and revenue online.

A key theme in 2014 has been digital storytelling. Brands are beginning to realise that social media is a human platform. Humans are emotive. They love stories. Based on our principles of storytelling post, the examples below are our favourite content marketing campaigns of 2014.

Without doubt one of the biggest success stories of 2014 was the ALS Ice Bucket Challenge. What began as a dare turned into a global phenomenon, with sports teams, celebrities and political leaders all grabbing a bucket of ice and tipping it over their heads, and donating to the cause. On Facebook there has been in excess of 2.5 million ice bucket-related videos posted, and up to September 2104, 28 million people have uploaded, commented on or liked ice bucket-related posts. On Instagram there have been 3.7 million videos uploaded with the hashtags #ALSicebucketchallenge and #icebucketchallenge. On Twitter there was over 4.4 million mentions. Most importantly, from since 29 July 2014 ALS has received $115m in donations. That is compared with $2.7m donated during the same period in 2013. 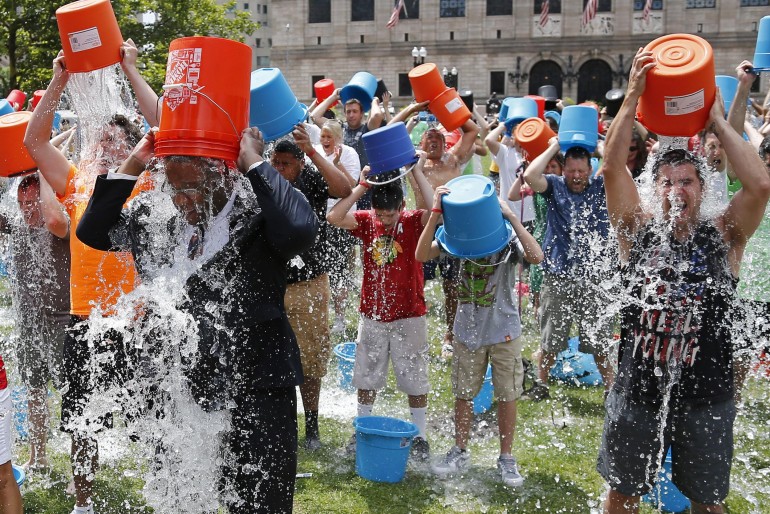 We discovered World Of Swiss when we were researching data for our second airline study earlier this year. World Of Swiss provides incredible, visually powerful content that provides an immersive look into the inner workings of Fly SWISS. Users can consume the content on both mobile, tablets and desktops in an interactive way, and allows people to fly through the Alps, explore their lounges, and even the product origins of their in-flight plane food. 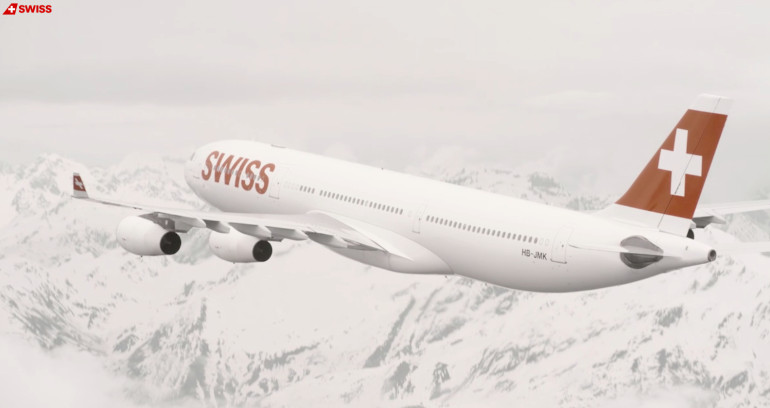 A year is never complete without reviewing the John Lewis Christmas advert. This year saw the introduction of Monty the Penguin, and – as with the bear and hare – Monty got his own Twitter profile, allowing users to engage with the character. There was also a behind the scenes video, and in-store characters to buy and interact with. In terms of interactivity, immersion, integration and impact, John Lewis nail it every time. 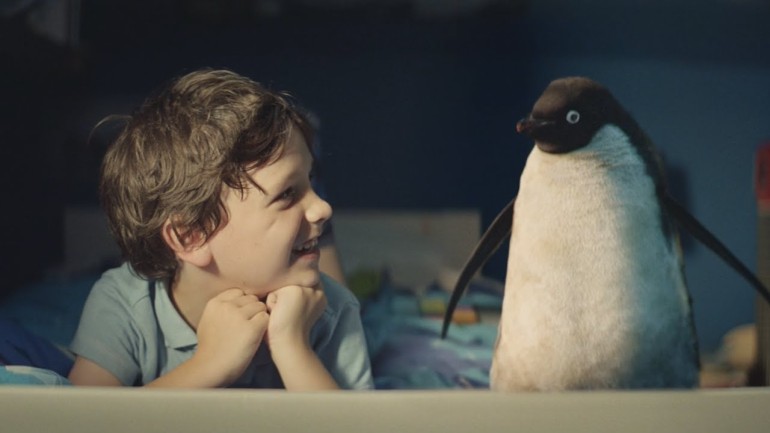 By 2017, video will account for 69% of all consumer internet traffic, according to Cisco. That puts video in the driving seat of content. And in terms of user generated content, it puts GoPro way out in front. Great content marketing requires a marriage between a brand’s products and services and the customers that use them. GoPro make that connection unique, allowing the cameras to effectively market themselves. 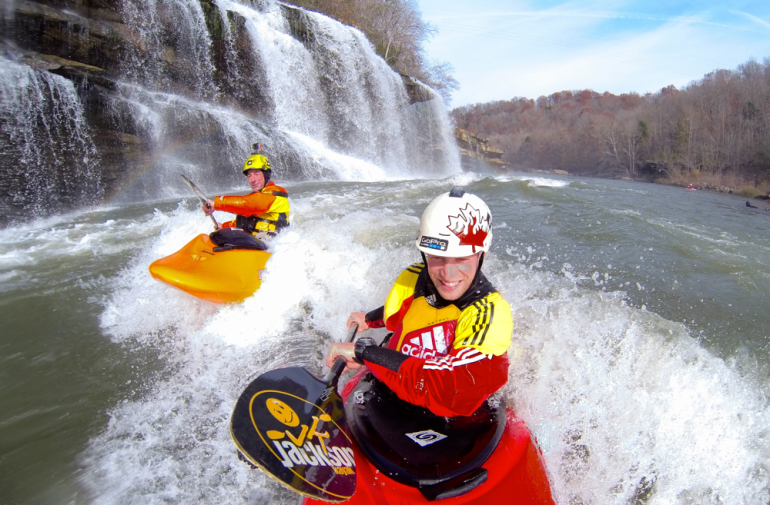 When it comes to content marketing and social media, users should be able to engage online, whilst experiencing real-world engagement. This is something The North Face cracked in South Korea in 2014. Unsuspecting customers at a pop-up North Face store were alarmed when the floor below them slowly began to disappear, and they were forced to grab on to the rock-climbing walls around them. Then, a North Face item descends from the ceiling, and they have 30-seconds to try and get it. Have a peek below.

Turkish Airlines teamed up with two of the world’s biggest football stars Didier Drogba and Lionel Messi  to create the #EpicFood campaign of 2014. The big budget campaign included an online competition that invited people to share their own food selfies for a chance to win flights. The hashtag, YouTube video, Epic Food Map and TV advert received 32 million views within the first 10 days.

When it came to real-time social media during the World Cup, Adidas was streets ahead of everyone else. It is not uncommon for digital agencies to plot out social media posts month in advance, but Adidas took this to another level. According to Ad Age, Adidas had the whole tournament mapped out last December. Adidas created an hour-by-hour calendar of what might happen during the 32-day tournament. Meanwhile, their social agency spent a year gathering 1,000 images and 160 videos that Adidas could post as reactions to what it thought might happen during the games. That was how they were able to post this image of  Mats Hummels within a minute of his decisive goal for Germany in their quarter final match against France.

A force that can’t be stopped. @matshummels #allin or nothing. #worldcup pic.twitter.com/d1VROcpYhy

In another example of real-time marketing, TrekAmerica were the winners of an email gaff from a security guard. Greg Heaslip – a security guard for the Arcadia Group – sent in a holiday request, which his boss accidentally forwarded to 3,500 employees in the company. The email was leaked and #givegregtheholiday hashtag commenced on Twitter. TrekAmerica offered Greg a holiday to Las Vegas and the internet exploded. 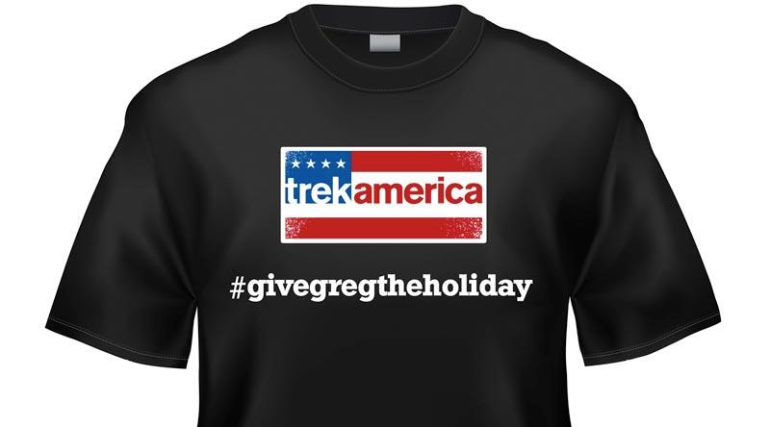 I’ve met the Contiki team on a couple of occasions this year, and was blown away with some of the content marketing work they are doing. Working with both travel bloggers and YouTube celebrities, they have created several content campaigns which have been huge successes. Contiki’s Roadtrip 2014 was a collaboration with 13 YouTube travel personalities, with the Contiki team taking them to the most iconic destinations in Europe. Combined together, the YouTube’s personalities have a subscriber list of over 6 million.

For the UK meet up, fans headed to Acklam Village Market on London’s famous Portobello Road in London. The event saw 3,000 fans queuing for hours, some overnight, for the opportunity to mingle with the YouTubers. Collaborations with bloggers will become a popular trend in 2015, and if the audiences and objectives of the brands and bloggers are matched correctly, it can be a brilliant partnership. 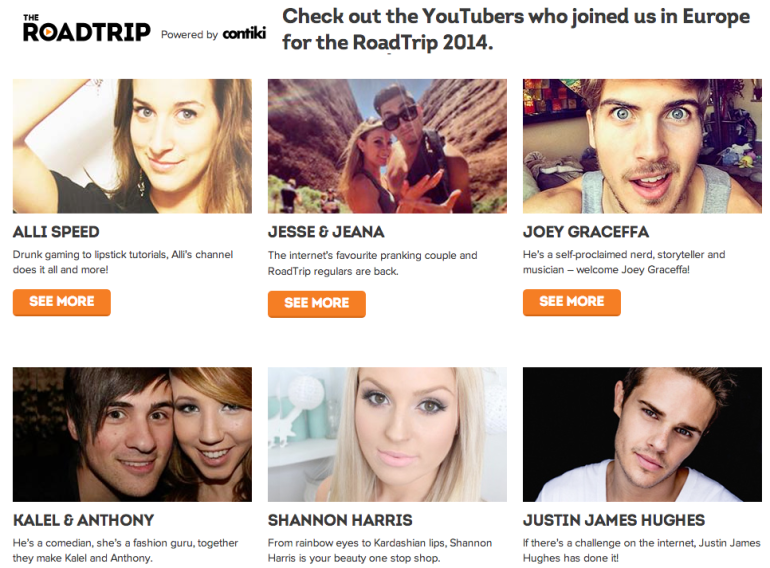 App-based car service Uber has revolutionised the way we call and find cabs. Of particular note in 2014 is their blog, which features categories like Uber Data, and city-specific blogs. Uber understands the ‘mobile first’ consumer lifestyle, and the company blog follows suit, with posts instructing users on how to expense Uber rides in Concur and which country’s Uber users are the most well-traveled. After receiving $1.2 billion of new funding in December 2014, the company is now valued at $40 billion. 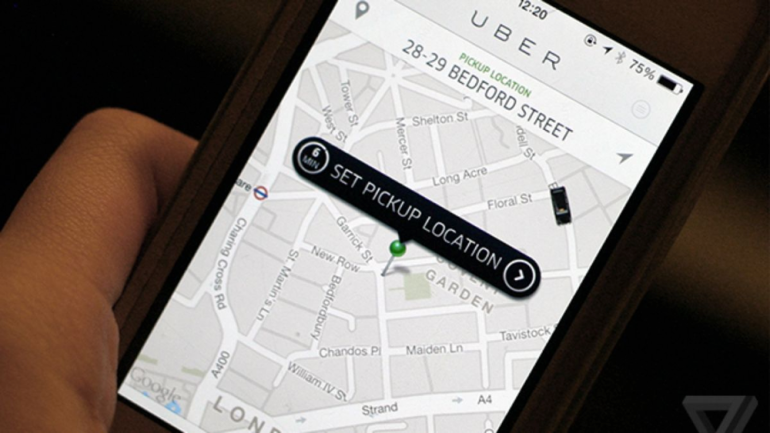 Have you seen any content or social campaigns that have caught your eye in 2014? Let us know your favourite content marketing campaigns by adding your links and opinions in the comments section below.

Six tips to consider when starting...
Turn That Frown Upside Down –...
How You Can Use Data-Driven Strategies...