As a regular booker of flights I was pretty intrigued when KLM launched their Facebook Messenger Bot in March.  However, as it’s an airline I never really fly with it wasn’t until Skyscanner launched their cross airline version end of May that my interest really peaked.

I’m a big fan of Facebook Messenger.  I get regularly told I have a poor phone manner, want to scream “it’s not 1998” when people leave me a voicemail and find responding to texts even feels like a hassle in 2016. As a result, the various group conversations I now have on Facebook Messenger with friends and family allows me to dip in and out whenever I want. It’s a non-intrusive, convenient way to communicate on the go.

It also represents a huge opportunity to marketers.  On one hand it’s a huge, engaged audience. The four biggest messaging apps (WhatsApp, Messenger, WeChat and Viber) have a staggering 3 billion users and are used almost nine times a day, five times the average for all mobile apps.  However, one of the reasons they are so popular is the fact they are private and for the most part untouched by advertising.

The challenge therefore for marketers is to communicate with the audience in a non-obtrusive way that is on their terms.  I think this is something Skyscanner have done really well with their new Messenger bot.  I recently tried it out when booking some flights to London. 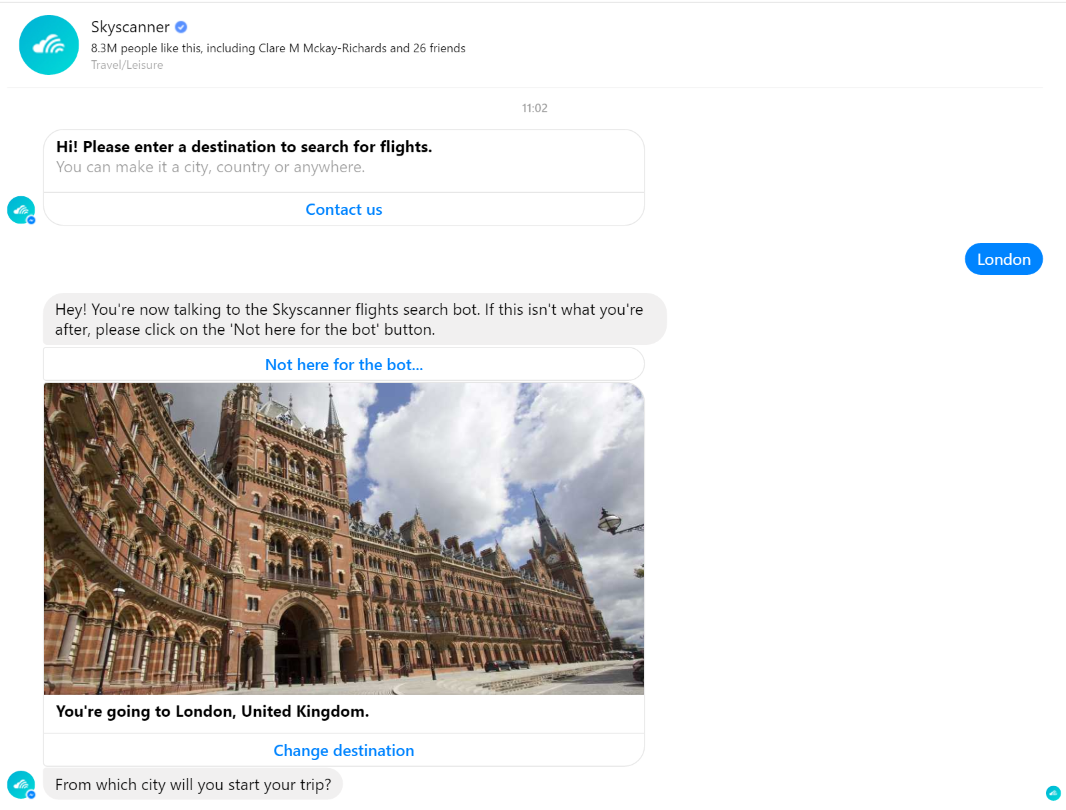 The responses on the app are almost instant and I was impressed with the added functionality of adding images to double check they had the right destination. A nice touch from a usability perspective. From there it was a pretty clear path to purchase: 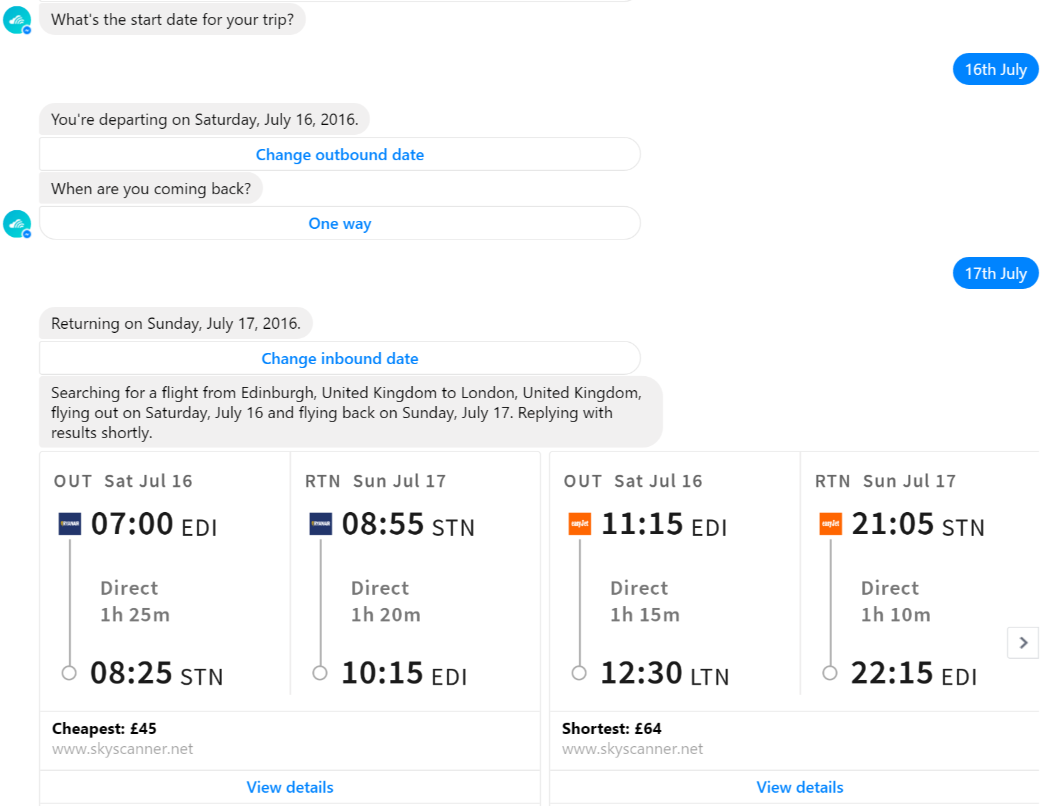 Overall, it was a very seamless process and easy to use on the move – simpler even than some of the best apps on the market for travel bookings.  The flight they suggested was the cheapest available and I had the choice to go direct to this deal or view a list of ten other options.

Skyscanner Director Filip Filipov commented: “We want to make travel search as easily accessible as possible, and believe that the launch of our Messenger bot will allow more people to search for their travel in a fun and informative way.”

I for one will be using product in the future and am really interested to see how agencies and brands are going to incorporate messaging platforms into their digital marketing strategies moving forward.

The Skyscanner bot can be found by visiting http://m.me/Skyscanner