Why An Advert Is Not Just For Christmas

For several years, the half time break at the NFL’s Superbowl has seen a substantial amount of public interest in terms of the commercials shown. Brands such as Audi, Pepsi and Universal Pictures have all battled it out for the public’s attention, spending huge sums on elaborate adverts.

In the UK we don’t really have a directly comparable event, but the Christmas advertising campaigns of major retailers have sparked a huge amount of interest in recent years. John Lewis has set the standard with big-budget ad campaigns that have led to everything from number one singles to Christmas shopping frenzies for bears, hares and penguins.

With this in mind we wanted to find out: How successful were UK brands at driving digital engagement and revenue through these Christmas TV campaigns? How well have they blended traditional and digital assets? What long term digital benefits have the campaigns provided? The following insight examines the Christmas campaigns of three major retail brands – Marks & Spencer, Sainsbury’s and ASDA.

What Metrics Did We Use To Judge The Adverts?

Broadly speaking, the areas we looked at could be summarised into two sections: 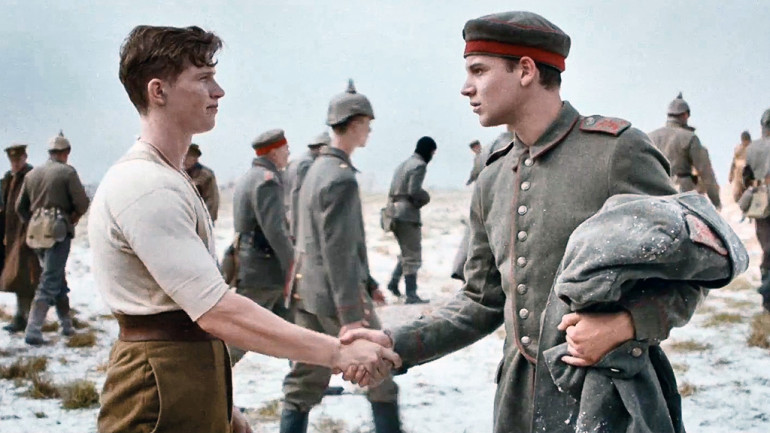 Sainsbury’s went for an emotive approach in 2014, highlighting the 100 year anniversary of the Christmas Truce from the First World War. The aim was to capture the spirit of sharing, and all the money from the profits of sales of the vintage chocolate bars they created in the ad were to the Royal British legion.

The advert proved to be their biggest Christmas campaign yet, but ultimately polarised public opinion in terms of the sensitivity of the war-related content. The subject matter meant the advert received a massive amount of public exposure which perhaps explains why it received the most YouTube views in our study – 16.6 million at the time of writing.

The mixed opinions in regard to Sainsburys’ advert were mostly echoed online in terms of the public sentiment. While over 80,000 viewers on YouTube gave the advert a thumbs up, only 3,000 gave the ad the thumbs down. The Sentiment 140 tool, which measures sentiment within the Twittersphere, shows that 73% of the mentions within the platform were negative. However, in terms of sheer coverage within Twitter, Sainsbury’s massively outperformed the other brands – generating 10 times more mentions than Marks and Spencer and Asda combined.

Despite promoting the Christmas campaign across social platforms including Instagram, Twitter, Facebook and Google+, the long term digital benefits of the campaign have been hampered by a number of factors, not least that Sainsbury’s did not link to the main landing page on their website from the YouTube page.

This missing link perhaps explains the fact that Sainsbury’s only captured 5% of the total traffic that went to the three brands landing pages over the festive period. The landing page itself performed relatively poorly from an SEO perspective, scoring 41% in terms of our on-page SEO audit, and 43% from a technical SEO perspective. Considering the massive UK-wide exposure, Sainsbury’s may be disappointed with the fact that they only generated 66 unique backlinks for the landing page, although this was far higher than M&S and Asda, who generated 8 and 10 respectively. Finally, the page authority was the lowest of all the brands looked at with a score of 1/100 from Moz Open Site Explorer.

The Sainsbury’s landing page also lacks any kind of clear path to sale to help monetise any traffic that was generated via. the television advert. No Christmas related products are directly promoted on the page, unlike Marks and Spencer, who provide direct links to a range of suitable products such as Christmas jumpers or gift planners. 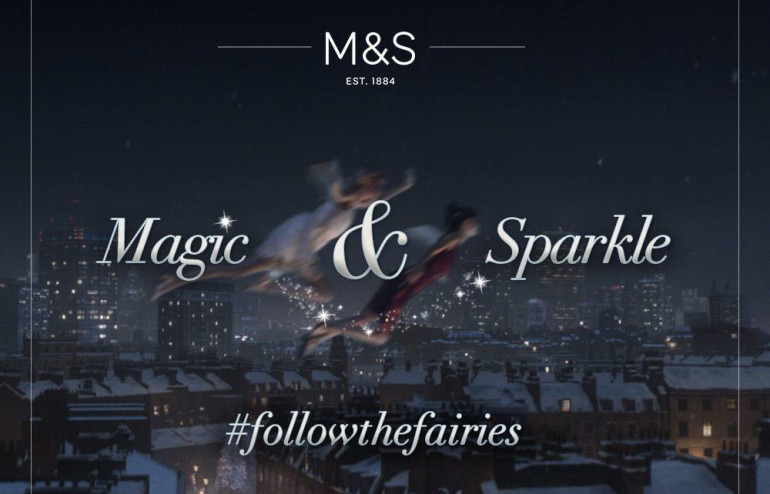 The 2014 M&S advert shows the tale of two Christmas fairies, Magic and Sparkle, flying across London, giving gifts to people and spreading Christmas cheer. It marked a departure from their previous celebrity-focused Christmas adverts, and has generally been viewed as a success in mainstream media.

When Marks and Spencer launched their 2013 Christmas campaign, they promised a “social first” approach, and it is clear from their efforts in 2014 that social media has been front of mind once again.  The advert generated a very respectable 3.2 million views at the time of writing and was promoted heavily across Twitter, Facebook and Instagram. They even set up a specific Twitter account for the fairies that gave people a chance to nominate friends and family that deserve a good deed.

The gift finder widget and pass the parcel competition game tied in very strongly with the overall campaign and helped drive engagement with the online community.  In addition, the site landing page was linked to directly from YouTube and drove the highest amount of Facebook likes, shares and comments when compared to Sainsbury’s and Asda.

Online sentiment was generally positive, with over 4,000 thumbs up on YouTube compared to less than 800 negatives. Sentiment140 also showed just short of 60% of people talking about the M&S advert were doing so in a positive manner.

The one area where M&S performed poorly was within our SEO audit – scoring just 33% for on-page SEO and 29% for technical SEO.  They also performed bottom of the pile in terms of links generated to the landing page with only 8, despite having the highest overall page authority score of 41 from Moz.

Despite the SEO score, the page captured 35.2% of the total traffic to the three pages – well ahead of Sainsbury’s – and consistently showed that it was the brand most focused on monetising their TV advert online.  The landing page had numerous well-crafted call to actions, allowing users to “shop the advert” and buy the various products that were showcased.  As previously mentioned the page also highlighted various other Christmas products, such as wrapping and an innovative gift finder that allowed people to find their loved ones the perfect Christmas present.

Overall, M&S consistently showed that online (and particularly social media) was not an afterthought in regards to their Christmas advertising, but instead part of an integrated strategic plan. 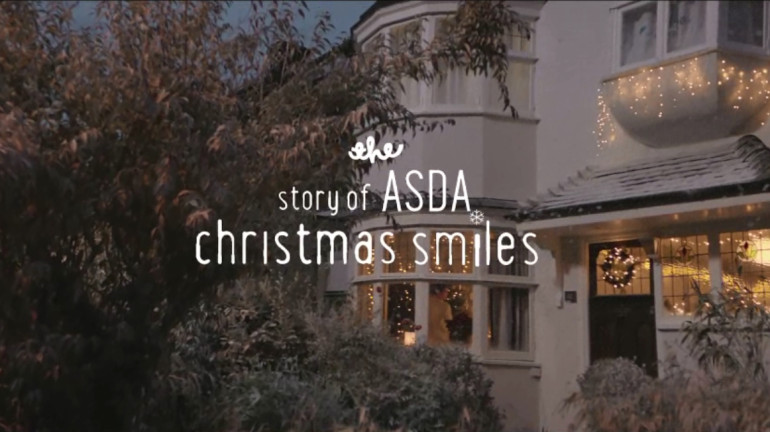 Asda’s Christmas advert by-passed any major gimmicks or themes and instead focused on highlighting its Christmas product range. Their slogan was a simple message of focusing on all the special things at Christmas that bring a smile to your face. Perhaps due to this tactic, the commercial received a lot less media coverage than the other brands looked at within our study, and this is reflected in the view count on YouTube which amounts to just over 40,000 and a fairly neutral sentiment score across the board.

Similarly to Sainsbury’s, Asda chose not to link directly through to their main website from the YouTube advert, although they did link through to a Facebook page which was running a competition to win a £250 spending spree.

Unlike Sainsbury’s and Marks and Spencer, Asda chose not to have their advert hosted on their main Christmas landing page. This meant that users were directed towards their blog if they googled “Asda Christmas Advert” – a page with no clear call to actions in terms of generating revenue – particularly when compared to their well set-up Christmas landing page.

The Asda Christmas page did perform the strongest in terms of the percentage volume of traffic it captured – 59.7% – but the slightly disjointed approach of hosting the Christmas advert elsewhere makes it difficult to view the activity as a single integrated strategy.  The Christmas landing page itself, like the other brands, had a lot of areas to improve in terms of basic SEO, scoring 38% for Technical SEO and 32% for on-page content. The overall page authority was 35 from Moz and had a disappointing 10 links pointing towards it.

Asda did perform well within the revenue driving potential of its Christmas landing page providing call to actions and inspirational content for everything from festive food and drink to promoting their click and collect service.  On the downside, the page didn’t seem to be updated regularly with the countdown to Christmas being stuck on “13 days to go” well after the big day was over.

Our infographic on the Christmas adverts mentioned above can be found below.