Creative interaction has evolved. Again. And it’s time to embrace it. Again.

At 8MS we’re big believers in creating digital marketing strategies that allow for transmedia storytelling. Producing authentic, interactive content that allows you to start your journey on one device, and finish on another at a later date.

Until recently, most second screen experiences push content to the user but do very little by way of two-way interactivity. Now imagine interacting with that content using two devices at the same time. Imagine using your smartphone or iPad to control your desktop computer or TV. Welcome to a new world of second-screen interactive experiences.

I stumbled across a couple of examples on AWWWARDS.com when I was looking for inspiration for a new Social Media campaign, and thought I’d share three examples with you. Enjoy, and have your smartphone browser ready…

Created by Jam3.com, Enjoyyourprivacy.com is an interactive look into what might happen if you leave your devices unprotected. It allows you to take control of different characters phones, check their emails, messages, pictures and voicemails and discover secrets to their lives. Very clever, fun interaction, and clever storytelling. 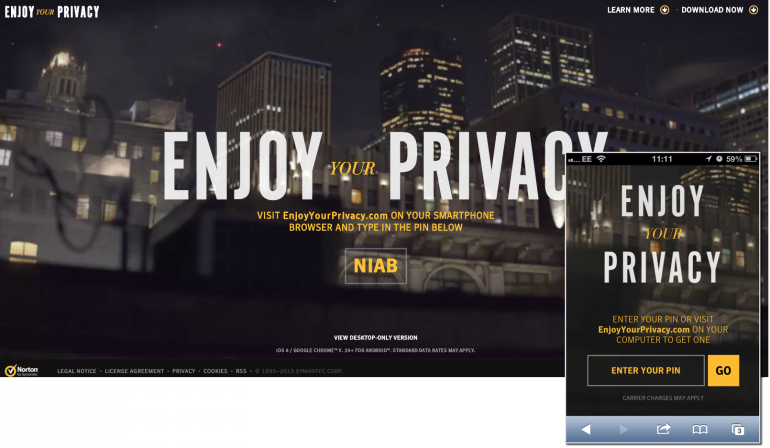 Success! You can now use your smartphone to navigate Enjoyyourprivacy.com on your desktop / laptop;

You can then access different characters mobile phones and look at their messages, emails, pictures, and listen to their voicemails;

Eventually you’ll unearth a secret, and learn that privacy should be taken seriously;

Chrome Super Sync Sport was designed by Google, and is a Chrome Experiment that enables you to sync mobile devices to your computer to run, cycle and swim in cartoon sports competitions. Think of it as a very elaborate, single or multi-player Google Doodle.

Much like Enjoyyourprivacy.com, you sync your smartphone with your desktop, and then your smartphone controls the desktop version. You can then select from 50 ‘characters’ to play the games. 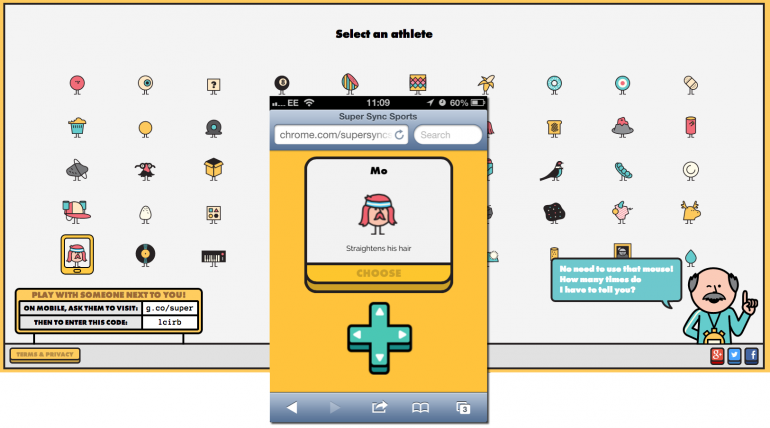 Diplomatic-Cover designs and deploys innovative promotional and corporate campaign experiences for brands and their users. Their new site can be controlled by smartphone, allowing you to navigate and interact with the site from your second-screen.

The multi-screen world still exists, but second-screen interactions are a new twist on a popular consumer consumption trend. With omnichannel marketing becoming increasingly popular with large retailers, expect the second-screen to invade your single device browsing at some point in the future.

Wider reading – Mashable – When Did The ‘Second Screen Become A Thing?