In one of our previous posts, we mentioned that by 2017, video will account for 69% of all consumer internet traffic, according to Cisco.

If that trend is true, Facebook is in the driving seat. Ever since the ALS Ice Bucket Challenge flooded Facebook timelines around the world with short videos of people tipping ice and water over their heads last summer, Facebook video has boomed. In fact they revealed the amount of user-generated and branded video content in news feeds worldwide more than tripled in 2014.

That has led to Facebook sneaking up on video leader YouTube, and according to statistics from November 2014, around 60% of all video shares worldwide now happen on Facebook.

Given Facebook’s video growth, it was about time the social network made some changes to the way users can view, load and feature videos. Sure enough, right at the very end of 2014 when everyone was stuffing their faces with mince pies and mulled wine, Facebook quietly rolled out some new video features. So what did Facebook roll out?

Facebook’s first move was to roll out a new ‘featured video’ area for brands and publishers. Much like YouTube featured videos, this sits at the top of a brands video page, taking up a much larger portion of the profile page real estate. The New York Times currently has this featured enabled, as shown below. 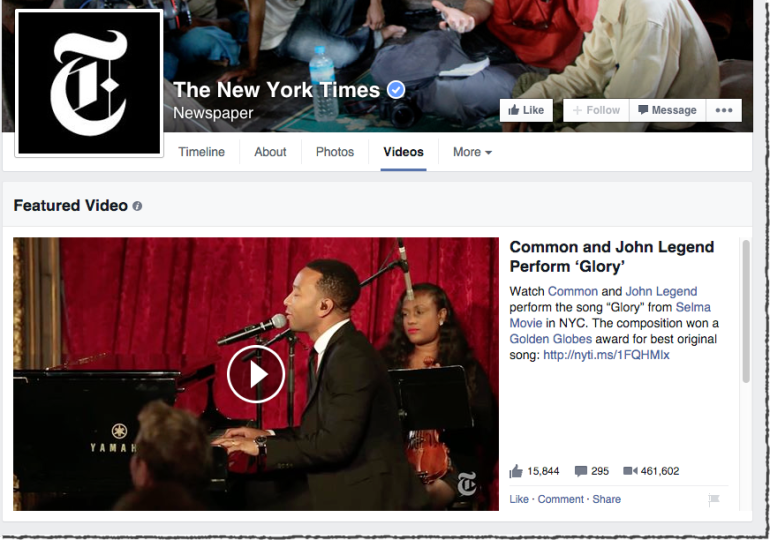 Are Facebook trying to copy YouTube? It certainly isn’t an original idea, but Facebook also launched a playlist section, which sits nicely below the featured video, on the videos tab page. ABC News currently have one playlist live.

Video In The About Section

We noticed this on a few pages recently, and not just on business pages. Facebook have rolled out functionality so that users can add a video to the ‘About’ section of your profile, allowing a video to be displayed on your profile at all times. Here’s an example from travel blogger Girl vs Globe. 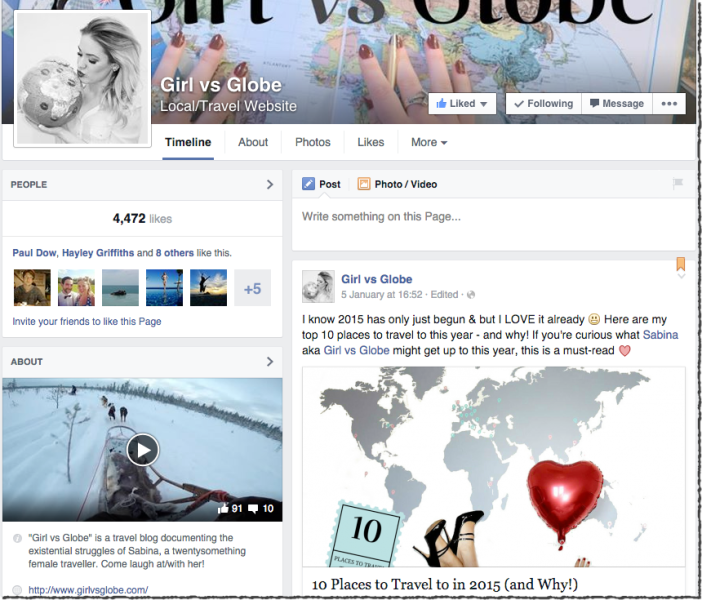 Many brands still approach video with trepidation, but 2015 should be the year to embrace video. Facebook and YouTube have a lot of power in the video sector, so our advice would be to take advantage of the new Facebook video features and test the water to see how the videos perform.

As far as we can tell, the new video page design is currently only available on certain business pages, but depending on their success, Facebook will likely roll out all the new features to other pages, and eventually to individual Facebook users.