Google Unveils New AdWords Features – All You Need To Know

The Adwords interface has long been due an overhaul, particularly for it’s reporting and data capabilities. Last night, many agencies and PPC professionals got their wish, as during a live-stream event yesterday evening, Google announced three key AdWords updates that will be launched over the next few months – new app ads, multidimensional reporting, and a new draft mode.

Google opened with their ‘mobile first’ mantra, with Jerry Dischler, vice president of product management for AdWords, explaining that the AdWords updates are more to do with the people behing the devices. “It’s no longer about devices, it’s about connecting people to the content they care about, whether online, mobile sites, or on apps.”

The first useful feature Google unveiled was a new mobile app promotion feature that will be rolled out across AdWords, the Google Display Network, and YouTube.

Google stated that over 80% of downloaded apps are used once…and then deleted. These app ads will now begin to include the ability to “app deep link”, enabling advertisers to drive searchers directly to pages or location in an app that are the most relevant for their search term.

Take the example below. Searchers looking for “hotels san francisco” will be taken to the search results page within the app that showcases hotels in San Francisco, rather than the main app screen. It wasn’t clear whether the update covered Android and iOS apps, or simply Android. 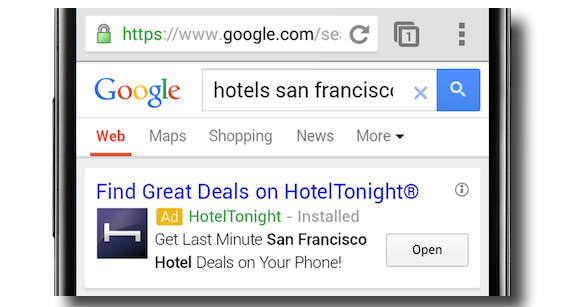 Like most digital agencies, we spend a lot of time with AdWords and Analytics data, constantly exporting and configuring data using pivot tables to generate reports and gain insight from week-to-week, and month-to-month. Reporting and data analysis has always been an activity that was helped by AdWords Editor, and bid management tools such as Kenshoo and Marin.

In a new ‘drag and drop’ feature, AdWords reports can now be changed easily by dragging metrics into a table directly in AdWords, to avoid the importing, exporting, and formatting of data and pivot tables in spreadsheets. This new tool also includes new reporting capabilities, with graphing capabilities such as bar, line, and pie charts. 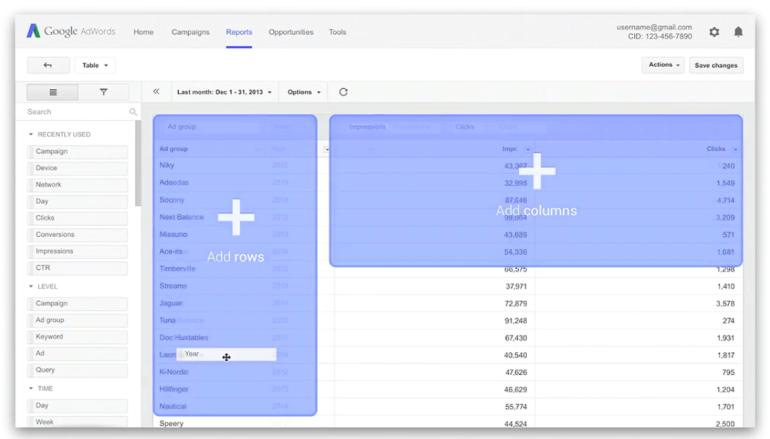 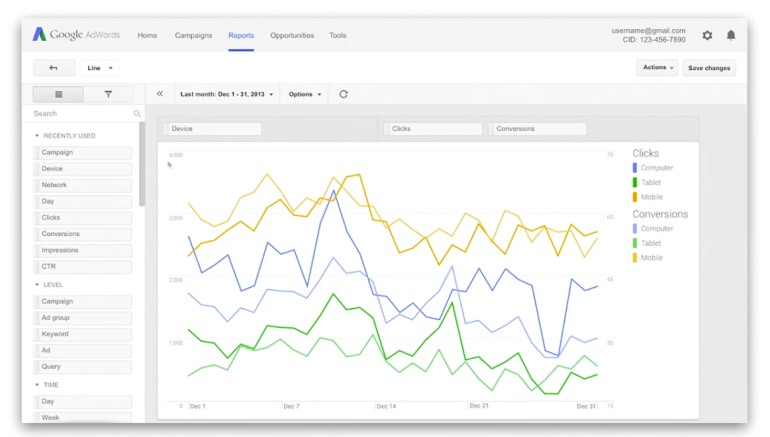 Whilst this is a nice addition to the AdWords interface, bid management providers such as Marin and Kenshoo have been providing this style and level of reporting for some time.

In a long, overdue update, Google also announced two new features to help account and campaign optimisation. The first, was bulk actions. Bulk actions now allows you to set up location targeting, ad rotation and make the same changes across multiple ad groups and campaigns with just a few clicks. The second update was automated bidding. This is an expansion of their current automated bidding capabilities, with the added ability to maximise conversions based on volume and/or revenue.

The final new feature Google unveiled for AdWords was a ‘draft & experiment’ mode button in the AdWords interface. This allows you to turn your account or campaigns into Draft mode, and set up bidding changes and experiments to see the potential effects using a percentage of your current traffic and clicks. Experiments can include different campaign components, such as bid changes, time and day parting, ad formats, and much more.

All in all, most of the new features will be welcomed by agencies and advertisers, especially for saving time exporting and importing data. Google says the new features will help you use context to reach customers in even more effective ways, which is certainly true for the new app ads. Lastly, although a great time saver, the new enterprise-level tools in AdWords will likely compete with third-party bid management software providers, as previously, they were the only option for large scale bid management and reporting.

What do you think? Are the AdWords updates a step in the right direction?