On 22nd October Google quietly rolled out a major impact to Ad Rank (i.e. how they decide on the order of paid search ads in their search results).

Google will now consider the expected impact of your ad extensions when deciding where your ad will rank – and how much you will pay per click.

For instance, if you and a competitor have the same bid and the same Quality Score, previously you would have been on an equal footing. However if your competitor has ad extensions set up and you do not, they will now be appearing above you – and you’re likely to pay a premium CPC for not having extensions in place.

Why Should You Care?

What Should You Do Now?

How Do I Know Which Ad Extensions To Use?

You can set up a number of different extensions that are relevant to your business e.g. location, call, sitelinks etc – but Google will ultimately decide which combination is best to show. For instance in the example below for hungryhouse.co.uk you can see that the ad on a desktop shows a combination of seller ratings, social extensions, communication extensions (still in beta so not open to all advertisers) and sitelinks. However on a mobile device only the app extension is shown. 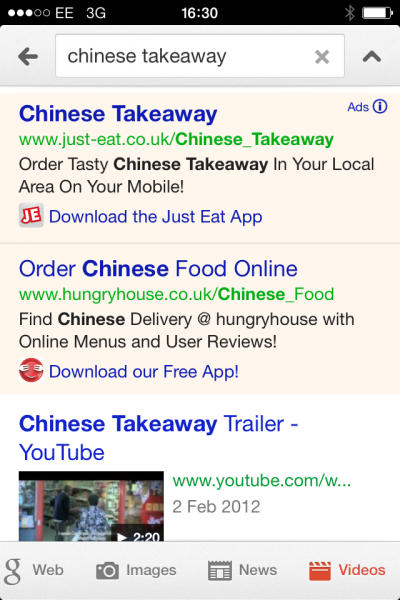 You should set up any extensions that are relevant to you, and that you wish to appear for, and allow Google to do the rest. However you can exert some control by specifying if there are certain devices you want different extensions to appear on:

Before this update Google had already rolled out a number of other ad extension updates over the summer including the roll out of review and image extensions. With Google clearly putting a large emphasis on this area, expect to see your costs spiral, your rankings drop, and your competitors reap the rewards if you do not have a strong extension strategy in place.

This update is particularly important for SMBs who may not have the time or resources to manage their PPC campaigns as frequently or efficiently as bigger advertisers. However no one can afford to ignore this feature any more.

We’ve already seen that extensions can have a significant positive impact on CTR when put in place so it will be interesting to see if Google have any new extensions planned – and what the impact of the most recent update will be – as we head towards 2014.

What do you think about Google’s latest update? If you’ve noticed any impact yet we’d love to hear about it!