In 2011, Twitter had less than 10m active users in the UK. It was a relatively new platform, and the general public were just starting to come around to the idea that you could engage directly with celebrities and sporting icons. The English Premier League and The FA had tackled a few Twitter related incidents, but there was no formal governance, no set policies or guidelines for clubs and players to abide by.

A £10,000 fine was probably a surprise for former Liverpool attacker Ryan Babbel, when he was charged with comments he made on Twitter in January 2011, relating to referee Howard Webb. Surprise or not, the Ryan Babbel incident put a stake in the ground – a marker that set the tone for future social media related fines by The F.A.

The incident propelled Twitter and social media to the forefront of the English game. Players, fans and clubs realised for the first time that Twitter commentary was in the public domain, and it led The F.A to warn Premier League players about social media use.

“Comments made on social network sites may be considered public comment, any comments that are deemed improper, bring the game into disrepute, or are threatening, abusive, indecent or insulting may lead to disciplinary action….Participants are required to act in the best interests of the game at all times and should be aware of this when using social networking websites.” – The F.A, February 2011.

Despite the warning, there was still no formal guidance. Players didn’t know what they could and couldn’t say, and the problems continued. Talk of injuries and transfers got several players into hot water. Wolverhampton Wanderers, then under manager Mick McCarthy, hired a media law firm to come in and educate players on the pitfalls on Twitter after Wolves player Greg Halford tweeted a suggestion that Steve Sidwell was poised to sign for the club. Sidwell eventually joined Fulham, and McCarthy blamed the Twitter activity for the failed transfer. 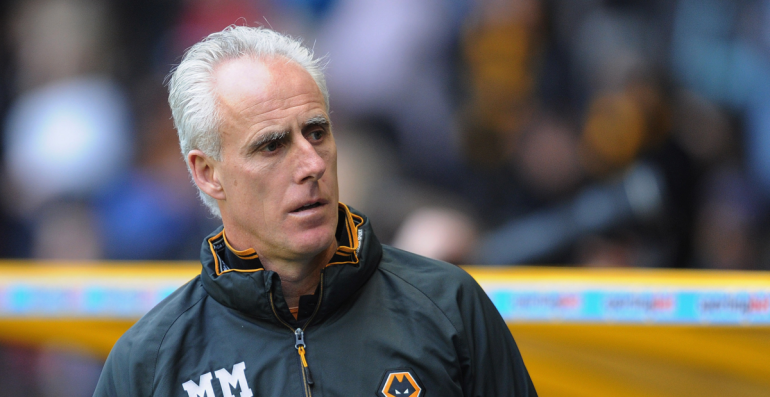 In July 2011, the entire Leeds United team were banned from using Twitter by then manager, Simon Grayson. The actions came after former striker Davide Somma posted details about his knee injury on his Twitter account. Grayson said the clubs rules were broken, because sensitive information such as injury news should “come out in the right manner“.

Social media, especially open, public platforms like Twitter, is a two-way street. Players need to be careful about what they post, but no-one took notice of what the general public were saying, until one Saturday afternoon in March 2012.

Fabrice Muamba, a seemingly healthy, fit, Premier League player for Bolton Wanderers, suddenly collapsed on the pitch during an FA Cup tie with Tottenham Hotspur. He suffered a heart attack, which shocked everyone connected with football around the world. Spurred on by messages of support, Fabrice survived after being saved by medics and surgeons.

Around five hours after his collapse however, Twitter’s relationship with football hit its darkest hour. In a racist attack, a 21 year old Swansea University student tweeted racially abusive comments towards Fabrice Muamba, which sparked outrage amongst Twitter users and the UK population. The student was jailed for 56 days later that month.

The event led the main legal bodies in the UK to take action. In early 2013, the Crown Prosecution Service (CPS) unveiled guidance for when communications on social networks such as Twitter or Facebook should be prosecuted. Nick Hawkins, lead sports prosecutor at the CPS, said;

“[There is a] place for humour in football but where the line between humour and offensive behaviour is crossed then positive action will be taken…. Our legal guidance on communications sent by social media clearly sets out how we will approach the abuse of players or fellow supporters online.”

Back on the pitch, the Premier League finally issued social media guidelines in July 2012, for top-flight clubs to follow. The guidelines offered advice on the endorsement of brands, goods and services, as well as promoting the wider benefits of using social media to engage with supporters, understanding the potential audience of social media sites like Twitter and Facebook, and recognising that it is possible to commit offences online.

Alas, worse was yet to come.

Rio Ferdinand was fined £45,000 by The F.A for a tweet directed at Ashley Cole, and Cole himself was then the recipient of the largest fine handed out by The F.A for social media related comments. Cole was fined £90,000 in October 2012 following comments about the John Terry trial, in which he was accused of racially abusing Anton Ferdinand. 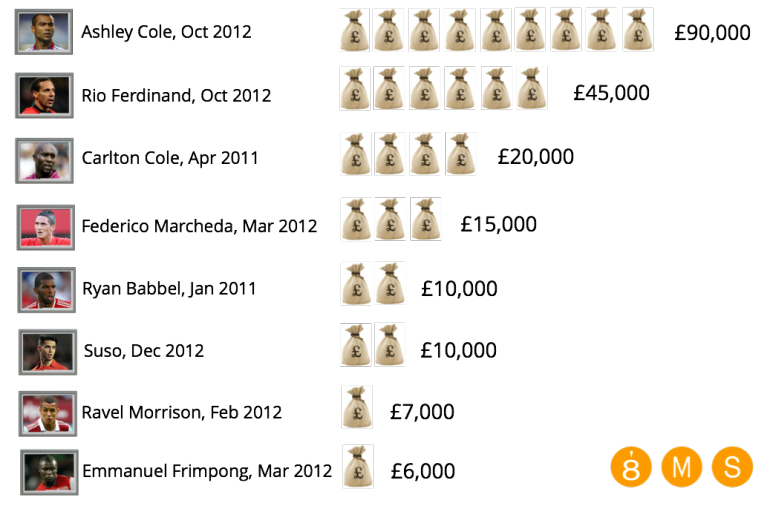 Despite some incidents slipping through the guideline net, the FA and Premier League have made giant strides to make players, club staff and the wider public aware of the lines that shouldn’t be crossed when it comes to social media communication. Many of the fines handed out by the FA are a result of emotional rants in the heat of the moment.

The standard FA penalty guidelines for social media actions that breach FA rules generally focus around  rule E3, the same rule charges that managers face if they criticise a referee, and/or use threatening or abusive language.

But there are still grey areas, which could lead to confusion in the future. The FA launched a new Rulebook Analysis site in late 2012, which shed some light on social media commentary, but also provoked more questions. On the ‘Media Comments & Social Media’ page, former England left back Greame Le Saux talks through what should and shouldn’t be said online. 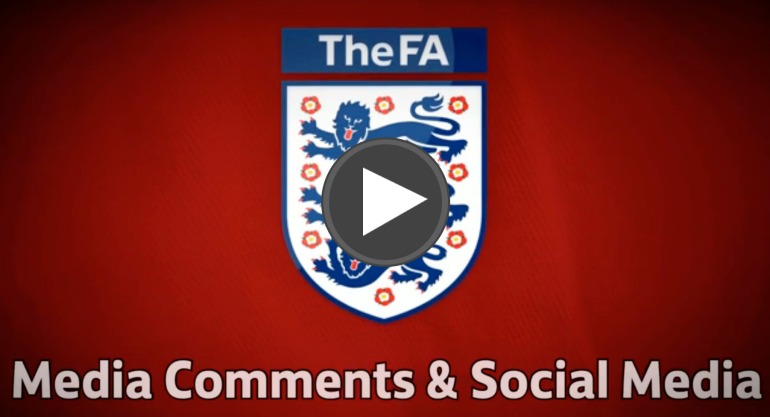 In the video, Le Saux comments that charges may be brought against a player or club staff member if they bring ‘detriment to the game’. The concepts of disrepute and ‘best interests’ of the game and ‘inherently broad’, and cannot be precisely defined. This loose terminology also includes potential damage to the ‘wider interests of football’, or the image of the game. Despite being quite vague, the FA essentially expects you to understand the English game, and apply common sense.

When it comes to social media platforms, the FA focuses on being ‘improper’. Don’t be abusive. Don’t use foul language, and stay away from ‘aggravating factors’ such as ethnic origin, nationality, race, colour, sexuality, gender, faith or disability.

“Social media is doing a good job of allowing fans to feel closer to the players,” he said. “There is a more human side now to some of the players, and the public can communicate more directly with them.”

The problem many brands face in this ever changing digital world, is ensuring increased engagement with a socially connected, global audience. At 8MS we believe brands should be authentic, and allow the people behind the brand to tell it’s stories online.

Premier League clubs are in the perfect position to do this. Not only does each club have a significant following on Twitter, but many high-profile players have an even bigger following. They are the humans behind the brand, the brand characters that can play and are playing a huge role in the story of the club. 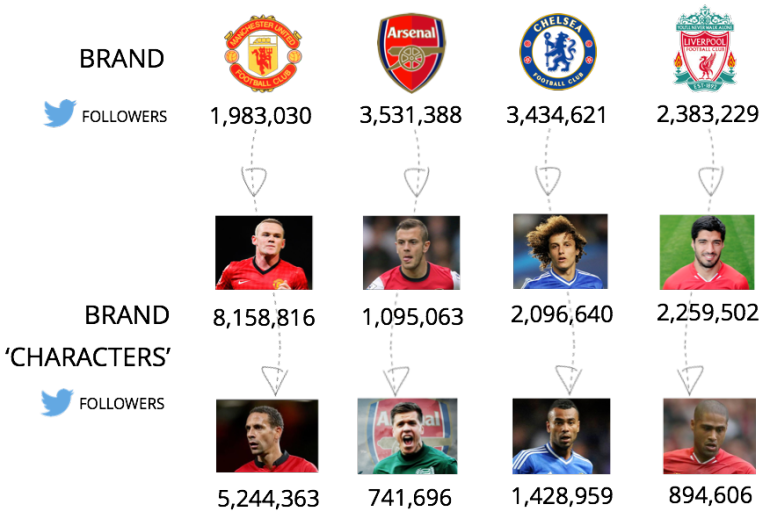 These brand characters are ambassadors for their clubs, sponsors, and the charities they support. But with such a public following, putting a foot wrong has significant implications that work their way up the punishment chain of club, Premier League, and FA.

It should come as no surprise that former Manchester United boss, Sir Alex Ferguson, was not a fan of Twitter.

“It’s about responsibility,” said Ferguson, in 2011. “I think they (players) are responsible for their actions, what they say on Twitter…I don’t understand it but it is something that we, as a club, are looking at because there can be issues attached to it and we don’t want that….[I think] it’s better if you just play well on the pitch“

Other believe Twitter is a positive influence, allowing these brand characters to interact on a personal level, with fans. Manchester City believe this interaction is important, to gain insights, ideas and opinion. Richard Ayers, the former Manchester City Digital Innovation lead, said back in 2012:

“Our strategy is to talk regularly with the fans…to get ideas from them. This exchange with the fans is very important. It also gives fans the feeling to be involved. We show prototypes and get feedback.”

Opinions form the backbone of armchair football, and with Twitter, Facebook and other platforms the watching public are no longer venting their opinions at each other, they are targeting the players and the clubs themselves.

Wayne Rooney has become embroiled in Twitter spats in the past. Former Manchester United midfielder Darren Gibson opened a Twitter account back in 2011, only to close it less than 30 minutes later after he received a tirade of abuse from the clubs own supporters.

With the public venting their frustration and opinions, high-profile players cannot bite back. Displaying their own opinions can open another can of worms, so it’s best for them to take it on the chin.

Sharing stories and insights – the ‘behind the scenes’ content that fans don’t normally get to see, the insights into lifestyle and training regimes are the perfect tonic to those opinions. Pictures in the dressing room, saying a personal ‘thank you’ to fans – those are the kind of posts that help drive engagement.

This is the first look at social media governance in the English Premier League by 8MS. Our upcoming white paper will take a deeper dive into how different Premier League clubs approach social media, the difficulties they face, how the different platforms are used by clubs, and a range of statistics even John Motson would be proud of.