2017: The Year Of (Micro) Influencer Marketing

I have a feeling 2017 will be a revolutionary year for influencers and brands.

Through trial and error, an increasing number of brands have learned about the importance of influencer marketing, and the type of influencer and costs that make outreach campaigns work for them and their products and services.

Although influencer marketing is still in it’s infancy, the return on advertising spend from influencer collaborations is beginning to make an impact on marketing and PR decisions.

THE RISE OF THE MICRO INFLUENCER

Typically, brands decide that bigger is better when it comes to influencer marketing, but recent reports and stats have thrown this approach into doubt. As the popularity of ‘tier 1’ influencers has grown, so has their fees, which effectively priced a lot of brands out of working with key influencers.

Some UK-based lifestyle influencers charge over £5,000 for a blog post + social promotion collaboration. For SME’s, this is a huge chunk of marketing spend to outlay on one or two products, pushed over a relatively short period of time. As such, brands often believe this budget is better spent elsewhere.

The definition of a micro influencer isn’t set in stone, but typically depicts a blogger or influencer who’s readership and social following isn’t in the hundreds of thousands, but more like several thousand.

With a lower following comes a lower fee, but more importantly, the engagement levels of micro-influencers are often higher than those of their influencer counterparts. A 2016 study from Makerley found that follower count does not always equal engagement. In fact they found brands are paying more money for less targeting, less engagement and less impressions.

So rather than pay one influencer £5,000, they could pay ten micro influencers £100, save £4,000 and receive better engagement rates.

IT’S NOT JUST ABOUT THE NUMBERS

I write a travel blog in my spare time, and in fact I fall into the category of a micro-influencer. At travel blogger events I often meet up with peers and friends who blog full time, and have worked hard to get their following and readership to a high level.

One long-term friend of mine, Kash Bhattacharya, recently won the National Geographic Travel Blog Of The Year, a fully-deserved award-win given his hard work over the past ten years. We once discussed the importance of numbers on LinkedIn, with my point being influencer collaborations begin with numbers, but the measurement of the success of an influencer campaign should be much more than just numbers. He agreed.

As influencer collaborations are still relatively new, we felt bloggers constantly undersell themselves, as there is no set way of proving worth.

A lot of the time, a travel bloggers output is geared towards inspiration (which is hard to measure), and a long-term content strategy that brands can re-use over time. Articles, videos, images and content are all important assets for a brand, especially if they don’t have the resources or budget to create it themselves. So whilst reach and impressions are important, so is content, and inspiring audiences.

Whilst the use of micro influencers is growing in popularity, celebrities and top influencers still have a huge role to play within influencer marketing. It’s all about balance, and depends on a brands objectives and budgets.

It also depends on audience targeting, reach and engagement, which should be at the crux of influencer marketing campaigns in 2017.

Supermarket chain Iceland, once synonymous with TV campaigns that included celebrities Kerry Katona and Peter Andre, is shunning ‘stars’ in favour of working with family bloggers through a partnership with parenting social network Channel Mum. 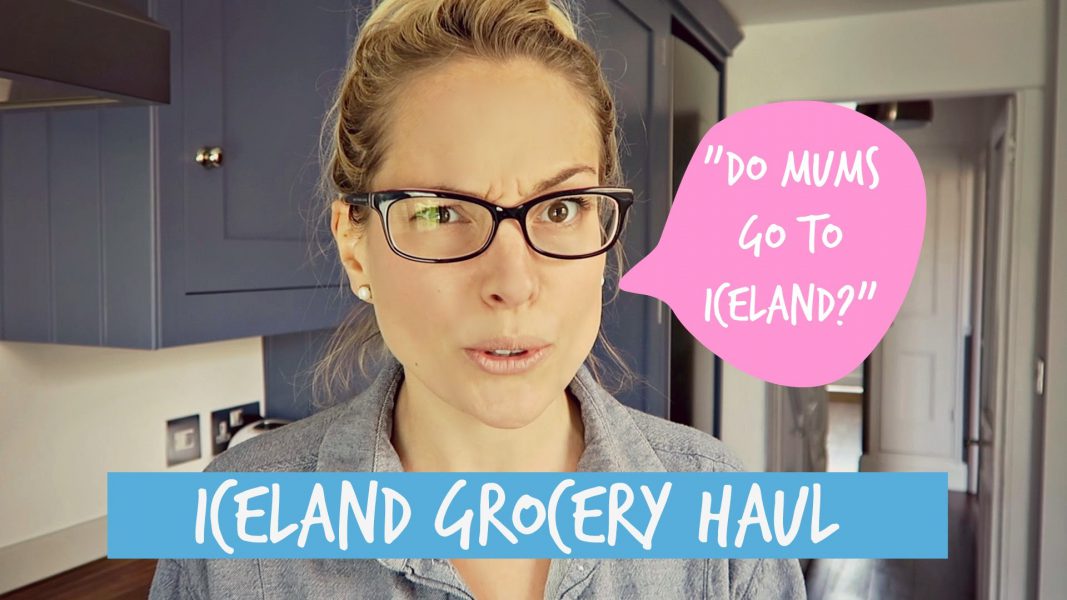 Why did Iceland shift from celebrities? It’s all about their audience. Let’s say Iceland, for example, collaborates with Peter Andre on Twitter. With 3.5 million followers, he can reach a large audience, but 90 percent of them may not be interested in food. It would make more sense for Iceland to activate 100 self-proclaimed family and food bloggers whose followers are actually interested in food. Which is what they have done.

Celebrities do have a role to play in influencer marketing – especially on TV, where celebrity recall is generally much higher than in a Facebook post or a tweet – but audiences want an honest opinion, and targeted, authentic engagement.

In fact Campaign recently found that PR and marketing professionals in the UK are now more likely to use social media influencers than other types of ‘traditional’ celebrity for brand building campaigns for that very reason.

Audiences find it easier to connect, and escape the bombardment of branded content by following bloggers and vloggers, rather than celebrities. They would prefer to see authentic content by authentic people, living authentic lifestyles. It’s a relationship built on authenticity and trust.

WHY 2017 WILL BE THE YEAR OF THE (MICRO) INFLUENCER

So why will 2017 be the year of the influencer and influencer marketing? Here are a few reasons:

It’s becoming easier to work with influencers – Many brands and PR companies already have long-term relationships with bloggers and influencers. This is mutually beneficial – brands have a list of influencers that they trust, and can keep up to date on product launches, press, and exclusive sneak peeks. If there is a financial element to the relationship, this guarantees some revenue for the influencer. In addition, the noise from these influencers simmers at the top of the brands target audience social feeds and eventually ripples down in front of their eyes, creating reach and engagement.

Technology and blogger collaborations are also making it easier for brands to conduct outreach and influencer work. In the past, working with influencers was time-consuming. Brands had to find and vet individual bloggers, strike deals with them and then devote resources to managing outreach campaigns. Now, there are an increasing number of talent agencies, networks and matchmaking services for influencer marketing. In the travel industry for example, there are several blogger collectives, including iAmbassador, Captivate, Travelator Media and the PTBA. 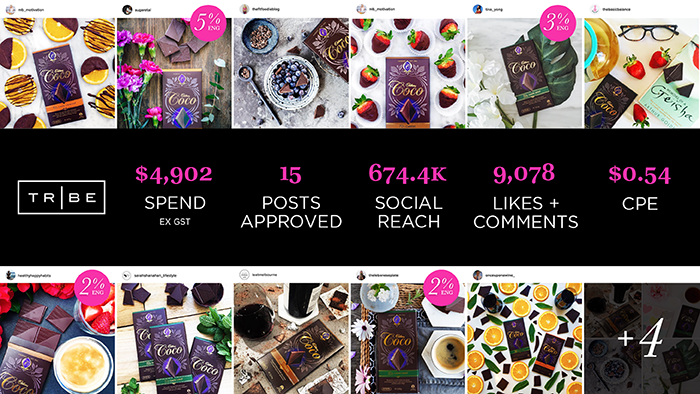 An influencer marketing case study, based on cost per engagement (CPE) from TRIBE

Fresh creativity – bloggers and vloggers all have their own personalities and approach to writing and social promotion. Quite often, brands will rely on their fresh approach and creativity to reach and connect with their target audience, that they can’t always do themselves. This is particularly relevant for video creation and live video across Facebook and Periscope.

Authenticity – this is a big reason influencer marketing is doing so well, and will continue to flourish in 2017. As mentioned about, audiences find it easier to connect with people who are living authentic lifestyles, and who post content they can relate to.

People interact with people – many brands still struggle to make themselves human. I’ve always banged the drum for employee and brand ambassador programmes, and I strongly believe brands will see much better reach and engagement once they put real faces in front of their brand logo. From an influencer marketing perspective, many brands have started to create brand ambassadors in the form of bloggers and vloggers, which is helping to boost engagement and reach.

To combat ad avoidance – not one of the more obvious reasons 2017 will be the year of influencer marketing, but brands are starting to turn more to influencers to combat lost impressions from online ads. Adblock reached unprecedented usage in 2015 (198 million adblock users globally), and studies found that online publishers lost an estimated 22 billion dollars of revenue in 2015 as a result.

Whilst influencer and micro-influencer marketing are gaining traction, there are still drawbacks to what is becoming an increasingly important marketing tactic.

The first is measurement. Measurement is of influencer campaigns is getting better, but it still has a long way to go. Many brands focus on engagement metrics, and some are taking steps toward measuring the impact on sales, but this can be tricky. If you take the travel industry for example, influencer marketing is often about inspiring people to visit a destination – something that is very difficult to measure.

The second area of improvement is regulation and guidelines. Generally bloggers and influencers have been excellent at disclosing paid collaborations and relationships, both on their blogs and vlogs, but often brands push for a follow link or non-disclosure, which is causing issues, as PR Week reported earlier in 2016.

MICRO INFLUENCERS TO THE FORE

Steven Bartlett, the found of Social Chain, the agency that runs all the favourite social channels for Millennials and Gen-Z, such as BBC Sporf and Student Problems, spoke at Marketing Week earlier this year about how they use a ‘t-score’ to assess the cost per engagement of different influencers. 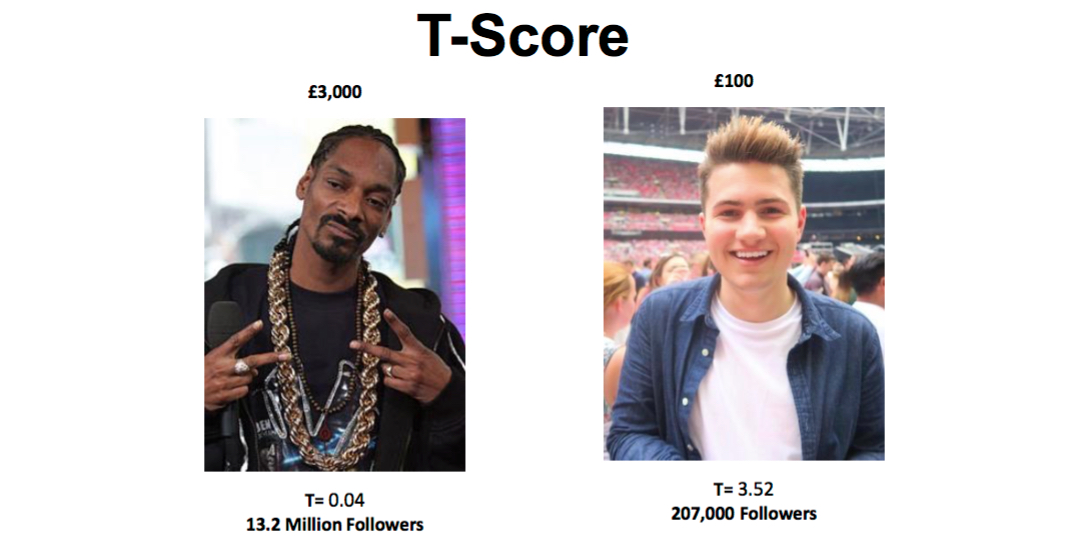 His example showed that Snoop Dog has a huge social media following of 13.2 million. But getting him to Tweet about your brand will set you back a cool £3,000. Micro-influencers with much fewer followers, may cost £100, but their followers are more engaged, thus the t-score shows the higher online engagement per pound spent for the micro influencer.