Things You Need To Know About App Advertising

Following our article on using organic search to drive app downloads you will hopefully by now have some traction within the market. However, with over 2.5 million mobile apps and the market growing at 150% every year (source: Google) you might need to give it an additional push through paid media to reach out to more customers.

The first step in any paid media campaign is to determine a clear set of goals. Having a clear objective in terms of your budget, amount of downloads and your CPA target will help define your strategy and which platforms you want to advertise with.

Traditionally, app advertising has been done via the social route targeting users on Facebook and Twitter Both platforms have a plethora of options when it comes to geographic and demographic targeting, making them an ideal solution in terms of reaching your target market. In addition Google has also rolled out a number of new features in the past 12 months that are focussed specifically on app promotion. Within this post we will look at some of the new options available to the advertiser.

When Google announced their roadmap for new advertising products in April 2014 they significantly increased the opportunities to create tactical campaigns to promote apps across a variety of platforms within their network:

The ability to add the app extension to our search campaigns allowing us to increase the visibility of our app to mobile users is nothing new. However, this functionality has expanded and we are able to create an engaging ad format directly linked to the app store of choice. This ensures a very short path to conversion with just the option to download the app. Targeting for the search campaigns is done in a similar fashion as normal campaigns, using keywords that you deem relevant to your app.

In addition to changes within search, there is now the ability to target people on YouTube. This can be done using an engaging video where the user has the option to install the app. Not only does this allow you access to far more content, but also gives the advantage of telling the consumer why your app matches their needs in a visual way. 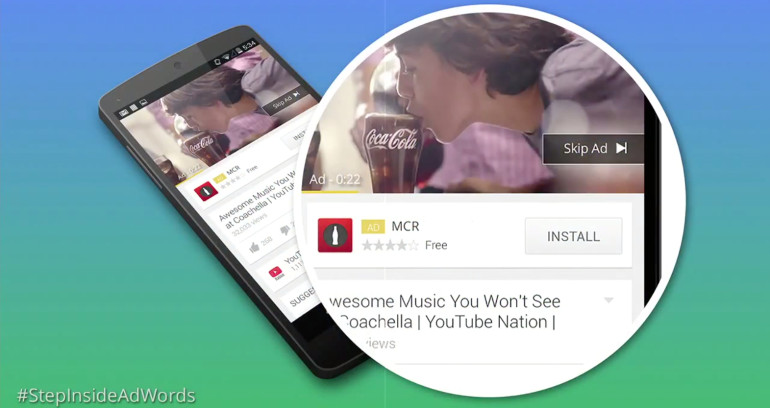 The display network offers you the option to show your ads in other apps that are related to your app. There might be people that have previously installed other apps similar to yours and by selecting this as a targeting method you can increase the visibility for your app amongst users with a similar interest.

Once an app has been downloaded it is important that it keeps the user engaged. The search app engagement ads are a new format where you are able to deep-link your ads within the app to take users to the most relevant part of the app.

Since last year Facebook has significantly ramped up its market share as a channel for app promotion. The last few months has seen a number of new features being rolling out which will appeal to advertisers:

Expanding the reach of your mobile app is important in order to get the desired volume for a big app launch. When you want to focus on getting your app in front of as many people as possible you are able to set a frequency cap to optimise towards a maximum unique reach. So you could only show your ad twice to a user and the rest of the budget would be used to show to different unique users expanding the reach of your campaign.

With video views growing at a rate of over 50% from May to July this year, Facebook has decided to combine two areas to launch the Video Mobile App Ads that will play automatically in your newsfeed and provide the user with a direct link to download the app.

While the ability to target specific devices was already available this has now been extended to include the Amazon Fire where you can target the Amazon store apps specifically to Kindle Fire owners.

If you know exactly who you would like to target you can for instance use your email lists, twitter IDs or mobile advertising IDs to create a specific list to target across twitters platform. This will allow you to reach out to people that you already have in your database.
This week Twitter announced the introduction of tailored audiences for mobile apps where you are able to create audiences based on actions such as an install, purchase or sign-up. Your customer might have installed your app but never taken any action. This option will require tracking to be enabled via one of Twitters mobile measurement partners or Answers.

During Christmas we see a rise in new devices being given as presents! Most users will straight away want to use their smartphone or tablet and everything is new so why not target users that have activated their new device within the last 7 days.

Six tips to consider when starting...
Turn That Frown Upside Down –...
How You Can Use Data-Driven Strategies...